In order to produce the podcast and keep content up free for you, I work with partners so this post may contain affiliate links. Please read my full disclosure for more info.

Love your smartphone, but hate how much you have to pay? Learn how innovators like Republic Wireless use technology to offer the best deals on smartphones!

Subscribe to Couple Money Podcast via iTunes, Stitcher, or copy this link to use with a podcatcher of your choice. You can also find me hanging out on Twitter and Facebook.

Finding the Best Deals with Smartphones 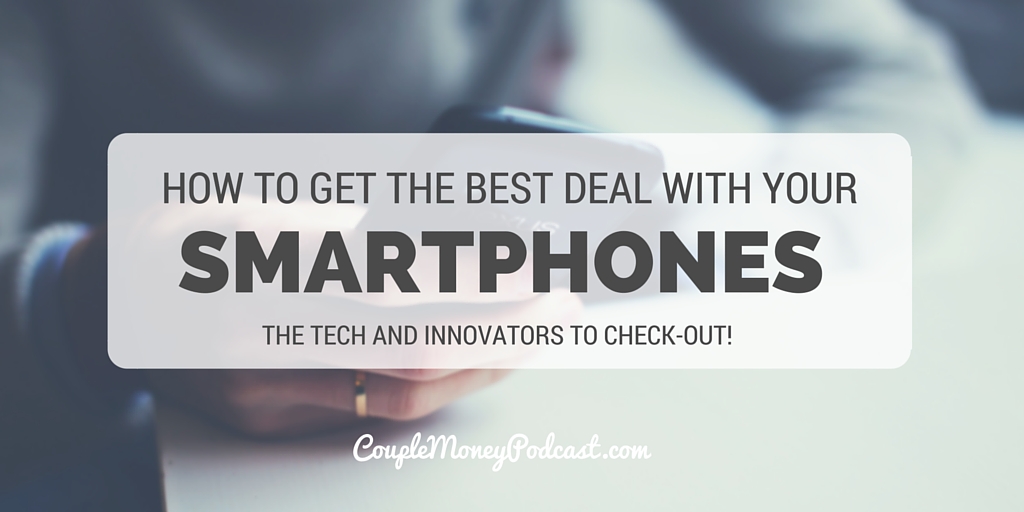 Whenever I write about savings money, I make a few suggestions on where people can pare down with their bills.

Americans love their smart phones.  According to a recent Pew Research Survey, 68 percent of adults in the United States currently own a smartphone, that’s a considerable jump up from 35 percent in 2011.

And I get it – We both have smartphones. They are awesome and we use them for so much more than just calling. 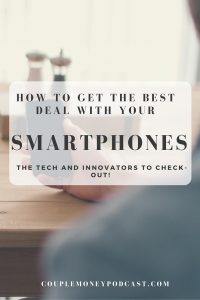 The problem I had was the price. Up until a few years ago, we were paying $150/month for two lines. Between the two of us we’ve been on all the major carriers. Verizon, Sprint, T-Mobile, AT&T.

We switched between providers to see if we could get better deals since the service and coverage for the most part were fairly equivalent. At least where we were at.

If you feel the same way, I think you’ll like this episode because now there are innovators and competitors who are offering service at a fraction of the price you’re into.

And one of those companies, Republic Wireless, is on show to share what’s going on with smartphones.

In this episode, we’ll get into:

Jon Schniepp,  SVP Product Management at Republic Wireless, was kind enough to come on the podcast to talk about how technology like Wi-Fi and hybrid calling can unlock savings with your phone bill.

Hybrid calling has your phone use Wi-Fi for calls, web, text, and all things mobile. If there isn’t Wi-Fi available then your phone uses the cellular network. With so many Wi-Fi spots around the company is betting that it can help customers save money.

They offer seamlessly transition between wi-fi and celluar so you shouldn’t notice anything when you’re on a call if you move between one and the other.  I’ve used my phone and have found it and the service works just as well as ‘conventional’ phone providers in my area.

Smartphone Plans That Fit Your Budget

If you’re looking to make the switch with your smartphone providers, here are some companies and resources to check out:

This site uses Akismet to reduce spam. Learn how your comment data is processed.